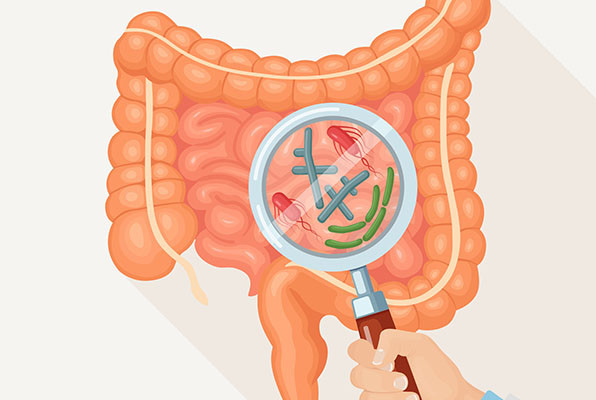 Many people seek medical attention when they have diarrhea, usually when it is severe or is not improving. Doctors like myself ask questions to see what could be causing the problem: Food poisoning? Irritable bowel syndrome? Medication side effects? We also consider that diarrhea may be due to Clostridioides difficile infection (CDI).

What is C. diff infection?

CDI is a bacterial infection that can cause severe problems in the gastrointestinal tract, especially the colon. C. diff is responsible for almost half a million infections in the US each year, and it can be a recurring problem: one in six patients with this infection will get it again within two months. Sadly, one in 11 patients over age 65 who is hospitalized for CDI will die within one month of infection due to the severity of illness in CDI. Therefore, CDI is an important public health consideration, and it’s important to get treatment.

Who at risk for C. diff infection?

There are certain risk factors for developing a CDI. These include being hospitalized, having been exposed to antibiotics, or having close contact with someone who has been diagnosed with the infection. If you are immunocompromised (have a weakened immune system), you may be also at higher risk of contracting CDI or of suffering a complication from it.

A major focus of reducing the burden of CDI in the healthcare system is trying to reduce the risk of getting CDI in the hospital. This includes testing for CDI in hospitalized patients who develop new diarrhea, and then isolating those patients into their own rooms.

Prevention also includes washing your hands thoroughly with soap and water. This is a particularly important point because in healthcare settings, alcohol-based sanitizer often is used for convenience when clinicians practice preventive infection control between caring for patients. Alcohol-based sanitizer is not effective against CDI as it is for other types of infection because, unlike other bacteria, C. diff organisms can form resistant spores.

So, to protect yourself in health care settings, you should make sure the people who interact with you — doctors, nurses, medical assistants, etc. — have washed their hands prior to touching you. It can seem rude to ask someone if they have washed their hands. However, all people who work with patients receive training about hand-washing, and sometimes we simply forget in the middle of busy days, so it can be helpful to remind us.

What about CDI transmission outside of medical settings?

What is less understood is when CDI happens outside the hospital. A recent article in Emerging Infectious Diseases reported the presence of CDI in patients who became infected in a way that doctors tend not to think of as often: getting CDI from someone they know without ever being hospitalized or taking antibiotics themselves.

As physicians, we are drilled on the factors previously mentioned — prior use of antibiotics, previous hospitalization — as critical events that may cause CDI. What this research demonstrated is that people without these risk factors developed CDI by being exposed to someone with CDI in the community. It turns out that this is a common way people end up contracting CDI. During my training, we learned that it is important to remind patients newly diagnosed with CDI to be mindful of good hand hygiene, and to avoid as many contacts as possible until their CDI treatments were completed. This new research suggests that focusing on community CDI transmission should be a greater priority.

How is CDI treated?

The first round of CDI treatment is usually antibiotics (ironic, since antibiotics can cause CDI). These include metronidazole, vancomycin (in oral form only), and fidaxomicin. Every few years guidelines are reviewed and updated, but generally, different antibiotic treatment courses are given based on CDI illness severity, whether there is an infection that is failing to clear, or if a new antibiotic needs to be tried.

A promising way to treat CDI, particularly in patients who have not been helped by antibiotic therapy, is to give a fecal microbiota transplant, or FMT. This treatment involves taking a healthy person’s stool donation and administering it during an endoscopy procedure by mouth, during a colonoscopy, or in frozen form by pill. I know — taking someone else’s poop sounds so icky! However, the purpose is to introduce healthy bacteria into a gut that is sick with CDI, and the theory is that these healthy bacteria expand and make the environment harder for the C. diff bacteria to live and cause problems.

The rules are simple for reducing your risk of CDI. If you have a weakened immune system, stay away from people who have been diagnosed with CDI. Thoroughly wash your hands with soap and water (not disinfectant) to deal with C. diff spores more effectively. When you are sick, take antibiotics only if they are necessary; doctors often feel pressured to write antibiotic prescriptions for people who have viral illnesses (for which antibiotics do not work).

Evidence is not strong for taking probiotics or eating yogurt to prevent CDI, but these approaches are low-risk ways to introduce healthy bacteria into your gut; this may be reasonable, in part because some in the medical field continue to debate their effectiveness.

Bottom line: if you are having diarrhea that just won’t go away, talk to your doctor to see if you have CDI or if there is something else causing your symptoms.